Day went by fairly uneventful. Woke about 6 from this lovely bedroom. At least it was shielding both myself and the bike from the rain. Seems like a everyday routine here…thunder and rainstorm in he evening. It is important to find shelter when his happens. There aren’t many trees out here. Nor was there every many according to locals. Again last night I was woken regulary through the night, by the frequent and endless freighttrains that haul huge amount of coal from the mines to the furnaces. 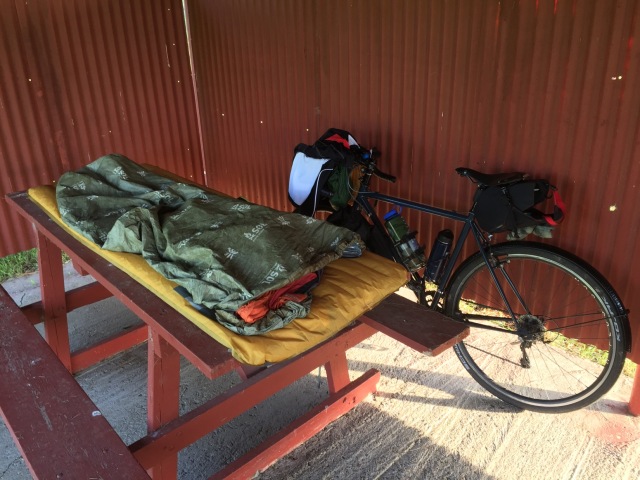 After a while of riding I had my lunch at a foodmarket. Shortly after my arrival this married couple rode in.  Jamie and Ronnie are Texans and are doing their thing on wheels! Big cheerful smiles on yet another happy longtime married couple. True inspiration for union and companionship. And man was it nice to hear some Texan accents! They do their own blogging at: 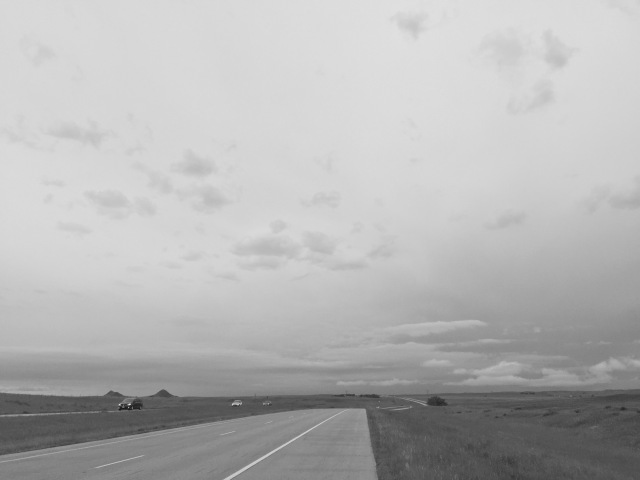 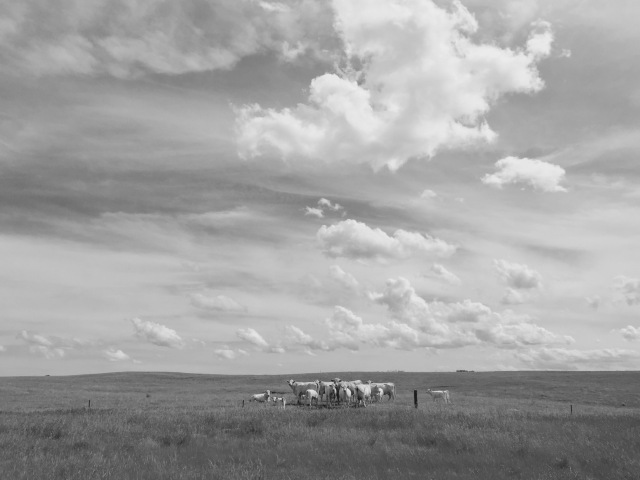 Cattle and Oil, seems like that is what is going on here! Seemingly all the oil activity takes places in peaceful harmony with the agriculture on top of the land. Drillsites and oil/gas tanks are frequent. I am not so such about how harmonious these things are in nature below the surface though. There are a buzzing activity of tanker and trucks hauling all kinda of toxic fluids that are used in drilling, fracking and exploitation of all the wells that are scattered across the vast open land. 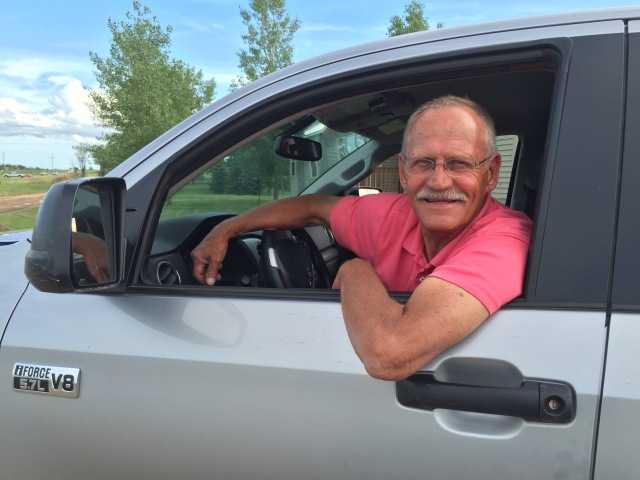 I made Dickinson my target for the day and as I rolled in I got to have a with this fellah. Looking at his features makes it easy to see his ancestry. Fullblooded norwegian from grandparents and on. Mr. Thorstad has just recently retired after years of working in land management. He has been involved in administering transactions involving landowners and the oil industry. He says that last 10 years have been quite crazy, somewhat a Klondyke. A lot of money is involved and being made. Alot of this money is gathered up by top folk in the cooperations. Business as usual! 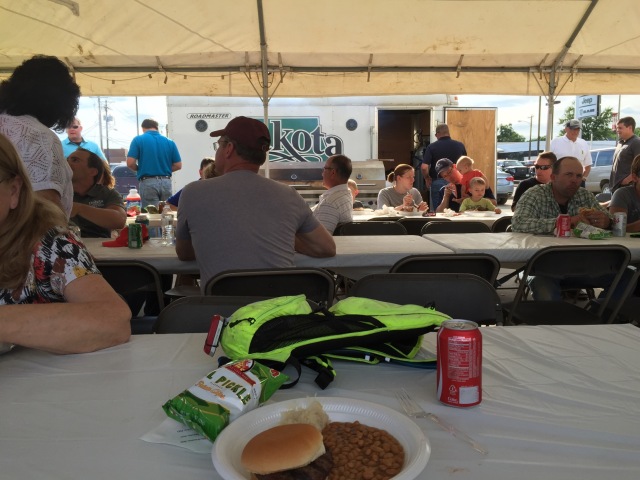 In town I was treated to free meal and I even got to talk to Alicia who works in the insurance business. She said things have been real busy and good for them, though they are seeing a dip as well, due to the recent drop in oil prices.

This morning, on my way from Dickinson to Glendive I met this happy couple from Wisconsin. I was even able to converse a bit in Norwegian as Tom’s ancestors all came from there. His lovely wife Vicki, is of german heritage, but also spoke quite a bit norwegian. They were biking from Portland, Oregon to Portland, Maine on their tandem. After 42 yrs of marriage it is a good sign that they can pull such a thing off and wear smiles that big! Great couple and so inspirational! Godspeed!

I will be moving into an area now, esp when entering Montana, where cell phone coverage will be more scarce. My updates to the blog will be less frequent and shorter, with less images.